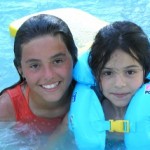 When Isaiah promised that all the nations would stream to Jerusalem because of their encounter with the God of Israel, he envisioned a great pilgrimage of joyous new believers coming to the Holy City because that was where God dwelt.

I recently met a family who reminded me that where there is Love, there God dwells.  Several years ago the Stallings family from Frisco, Colorado discerned that they were being called to bring Christ’s love to the poorest of Uruguay.

Thus began The Fields of the Fatherless (see Proverbs 23:10 for the beautiful scripture text which inspired their work), a farm expressly for the delight and healing of children orphaned because of the increasingly fragile family ties in this most secular country in South America.

Funded through the good will of a small group of friends, the Stallings bought a beautiful working farm in a rural area in Uruguay.  Then they started inviting orphans―and there are many there because of restricted adoption rules, legalized prostitution, and a huge decline in couples marrying and staying together.

The children come for escape from the tensions and loneliness of orphanage living, and oh, how they find it there.  They swim in the big swimming pool.  They ride the horses and pet the baby goats.  They get one million hugs from Cathy and Gary and their two wonderful teenagers Abi and Josh (who adapted and learned the language even faster than their parents).

I love to travel to Israel to touch the places where Christ lived.  But my spirit soars when I hear stories of joyful believers who are taking Him to the loneliest corners of the human heart.

Where do you see Jesus alive today? 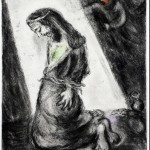 I used to listen to the radio all day, every day, when I was a teenager.  It was so easy then. The dial never moved, and we could listen to the great music of the sixties late into the night.  Thanks to all the great advances in technology I haven’t been able to figure out how to get a station on my car radio in decades.  I keep pushing buttons, but all I get is that infuriating static.

The prophets, on the other hand, have figured out the radio frequencies so brilliantly that they can actually find God’s voice on the dial, and they know just where to place themselves so that the signal is loud and clear.  Jeremiah, way back in the sixth century B.C., was getting God’s voice in stereo, and the message was unmistakeable:  tell the king of Jerusalem to surrender to the Babylonians, for it is God’s will.

What an inconvenient truth this was. They hated him for it, and beat him, threw him in prison, and tossed him down into a muddy cistern to die of starvation at the peak of the famine brought about by the Babylonian siege of the city that he had prophesied for so long.  He’d been right, of course.  Those who speak for God always are.

We all want to be on the right side of history.  We’d love to be the one about whom people say, “If only we had listened.”  Or maybe we’re the ones who need to listen.  I have a feeling that the words of the prophets are starting to come in loud and clear.  Turn your radio on.

Have you ever suffered persecution for telling the truth? 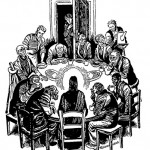 There is so much that is hidden in nature.  Take bees, for instance.  All through the luscious summer months they secretly pollinate our gardens and fields.  I hardly ever notice them, but without their quiet work the world would end.

Even more grace-giving for me than the ingenuity of nature are those moments of astonishment when the hidden works of love and charity of the people around me are exposed.  I had one of those jaw-dropping moments last week.

My friend Rita teaches theology and scripture at Mullen High School in Denver.  I’ve known her for fifteen years.  It was not until yesterday that I realized that three nights of every week she shops and then cooks a hot meal for eighty elderly people downtown who are without permanent housing.  She and her husband John then haul all the food from their house, sometimes stopping at Qdoba for their generous donation of rice.  Finally, they carry all the food in, set it up with the volunteers—those hidden angels all around us who do the work of the kingdom consistently, year after year, without anyone knowing–and warmly greet and serve each grateful guest.

Rita, I asked, where does the money come from for all the groceries it takes to feed these eighty people three times a week? Oh, she said, it comes from my paycheck from Mullen.

And she has quietly done this for fifteen years.

I have a feeling Rita will be in charge of all her Master’s property someday.  Oh, wait.  Since those who are poor are at the center of God’s heart, she already is.

In what hidden ways are you bringing light and grace to the world?

So, the summer project—which is the same project I’ve had for the twenty-five years we’ve lived in our house—is to finally organize the thousands of pictures and letters I’ve saved through the years.  After an agonizing month I finally transferred all my stuff from the garage, to the porch, and now, yes, to the living room.

We can’t eat at the table because it’s covered with my grade-school report cards.  Ugh.  Why on earth have they traveled with me all these years?  And why, I wonder, is the picture of the family of the unnamed hired help at my grandfather’s dairy sitting where the dinner plate should be?

Sentimentality, said Kafka, is giving something more attention than God gives it. I cringe when I imagine the nameless mother in that ancient picture somehow walking into our living room today and seeing the picture of her family one hundred years ago and saying, “Are you kidding me?  THIS picture is more important to you than your present life?  Even I didn’t keep that picture, and I actually know who those people are.”

What if this very night my life were demanded of me?  I know without a doubt that stuff would be shoveled into the recycle bin in a heartbeat.  The table would be cleared, and set with my beautiful china (which brings me such joy in my real life), and all my family and friends would gather around it.  We would sing, and laugh, and pray, and eat!  And I would die in peace, finally rid of the stuff that was keeping from being rich in the ways that matter to God.

What “treasures” do you store that are keeping you from real happiness?

I ran across this wonderful insight about prayer in this month’s Give us This Day, the daily devotional published by Liturgical Press.  In the reflection posted for this weekend, Sister Miriam Pollard remarks that prayer is letting God in, so we can let ourselves be the prayer we already are.

I love that.  It makes me wonder what kind of prayer I am, or you are.  The prayer we are isn’t something we invent through discipline and fasting.  It’s our particular prayer DNA, the unique tapestry of our individual connection with the Divine.  It’s the information a stranger gets about us without either of us being aware of it—that unnamable grace that goes out from people that makes us feel safe in God’s love .

Many years ago I met with a grieving widow as we planned her husband’s funeral.  We chose the hymns and the readings, and eventually I asked her if there was anyone in the parish whom she would like to ask to be the Eucharistic Minister at the Mass.  Her answer was illuminating.

“Do you know the woman who comes in the side door every Sunday, helping her husband in the wheelchair?  Could you ask her if she would serve at my husband’s funeral?  I don’t know her name.”

Who needs names when we can identify each other by the prayer we are?

How would people describe the kind of prayer you are?