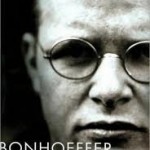 He offered resistance to evil

You have to wonder about Jesus’ instruction to offer no resistance to one who is evil. What would have happened if Hitler had been killed during the war? Was it morally wrong for Claus von Stauffenberg (a Catholic) to enlist the aid of thousands of other Christians (including Lutheran pastor Dietrich Bonheoffer) in an assassination attempt in July of 1944?  Records show that none took their resolve to break the fifth commandment lightly.  All had considered the millions still to be killed in the war and were willing to face God with their decision.

But no, the briefcase bomb was accidentally shifted and Hitler wasn’t killed. The Nazis quickly rounded up almost 5,000 conspirators and murdered them over the remaining 10 months of the war.

And yet today we hear Jesus say Turn the other cheek.  Walk the extra mile.  Hand over your cloak as well. Is there any wisdom out there to help us read this passage?  Plenty.

Here’s an interesting take on the text from Scripture scholar Walter Wink, who has written extensively on this issue.  He suggests that Jesus is offering some ingenious examples of passive resistance.

If a Roman occupier forces you to carry his weapon one mile (the limit by Roman law), then carry it two and put him in the brink for breaking the law!  If he slaps you on the cheek (a sign of his authority over you) then turn your cheek to the other side, forcing him to use his fist, which is the sign of your equality with him.

If he takes your tunic (only allowable for the day, not the night) then give him your cloak as well!  Stand naked in front of him and humiliate him in front of the guys.

Does this passage trouble you?

15 Comments to “Seventh Sunday of Ordinary Time – Cycle A”